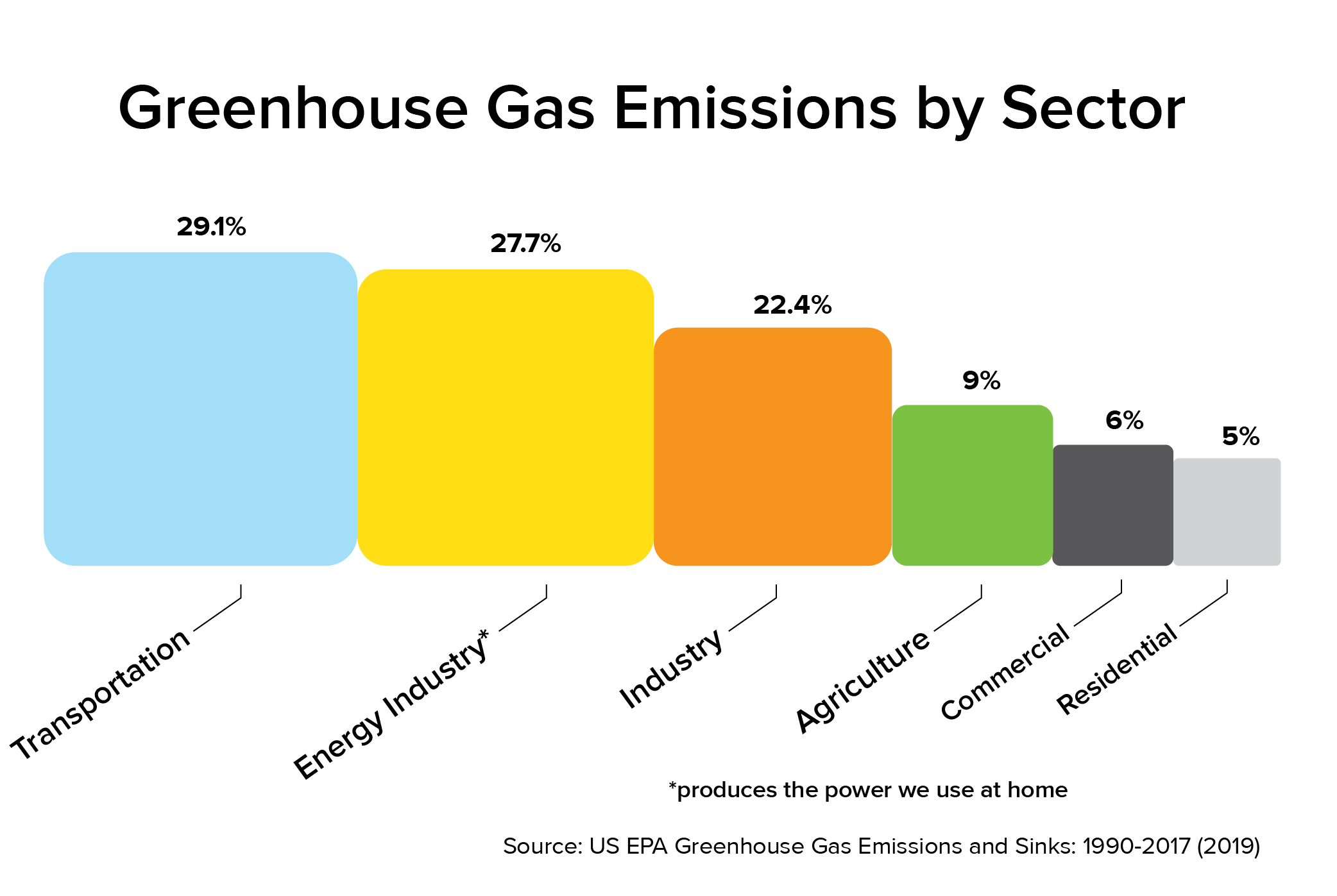 How much CO2 does your lifestyle produce?

Where do my emissions come from?

A carbon footprint is the measure of greenhouse gases produced by the activities one participates in. Generally, they are calculated based on one’s location, transportation, heat and electricity consumption, diet, family size, and waste management practices.

There are many, many carbon footprint calculators out there. This one from conservation.org is helpful because it adjusts in real time as you change values in the tool.

How much do you think you emit, compared to the average household?

It turns out there’s a fairly straightforward litmus test. Household income is the primary determinant of a person’s actual ecological footprint. Meaning, if you’re on the wealthier side of the income spectrum, chances are you are responsible for more carbon emissions than the average American.

How can I lower my emissions?

1. Going Solar and Heat with Electricity

About 30% of the average person’s carbon footprint comes from home energy use. Solar can offset that! Every kilowatt of solar installed saves over 1.5 tons of carbon emissions annually. For the average five-kilowatt residential system, that’s a reduction of more than 15,000 pounds of CO2 every year! While you won’t realistically be able to eliminate your home’s greenhouse gas emissions entirely, solar power goes a long way in shrinking household usage. Once you go solar, you can add electric heating appliances, like air-source heat pumps and energy efficient electric water heaters—and power them all with the sun!

“If cattle were their own nation, they would be the world’s third-largest emitter of greenhouse gases.” (Drawdown.org)

Seriously! Adopting a plant-rich diet actually has a way bigger impact than you may think. The meat industry has an outsized impact on greenhouse gas emissions because of its sheer scale. Globally, raising livestock produces “7.1 Gigatonnes of Co2-equiv per year, representing 14.5 percent of all anthropogenic GHG emissions,” according to the Food and Agriculture Organization of the United Nations. Cattle alone are responsible for 65% of emissions, mostly because of methane—which has about 84 times more warming potential than CO2. Cattle are responsible for 20% of the United States’ methane emissions.

Emissions from transportation are actually greater than from electricity generation. That’s because generation is shifting from coal to renewables and natural gas. But cars still primarily run on good old gasoline. The best thing you can do for the climate is reduce the impact of your vehicle. Driving less often is the main thing you should strive for. Taking your car off the road for a year can save as much as 2.6 tons of CO2 emissions.

Realistically, most of us cannot survive without a car. But there are some steps you can take to make your travel more efficient:

We found this take from Drawdown interesting! It may be a hard one to swallow, but you can’t argue with the numbers. Having fewer children means fewer people in the world. One less person in the world means an average of 16 tons of energy not consumed by them annually. Adding a person means more flights, car rides, and demand for goods and energy.