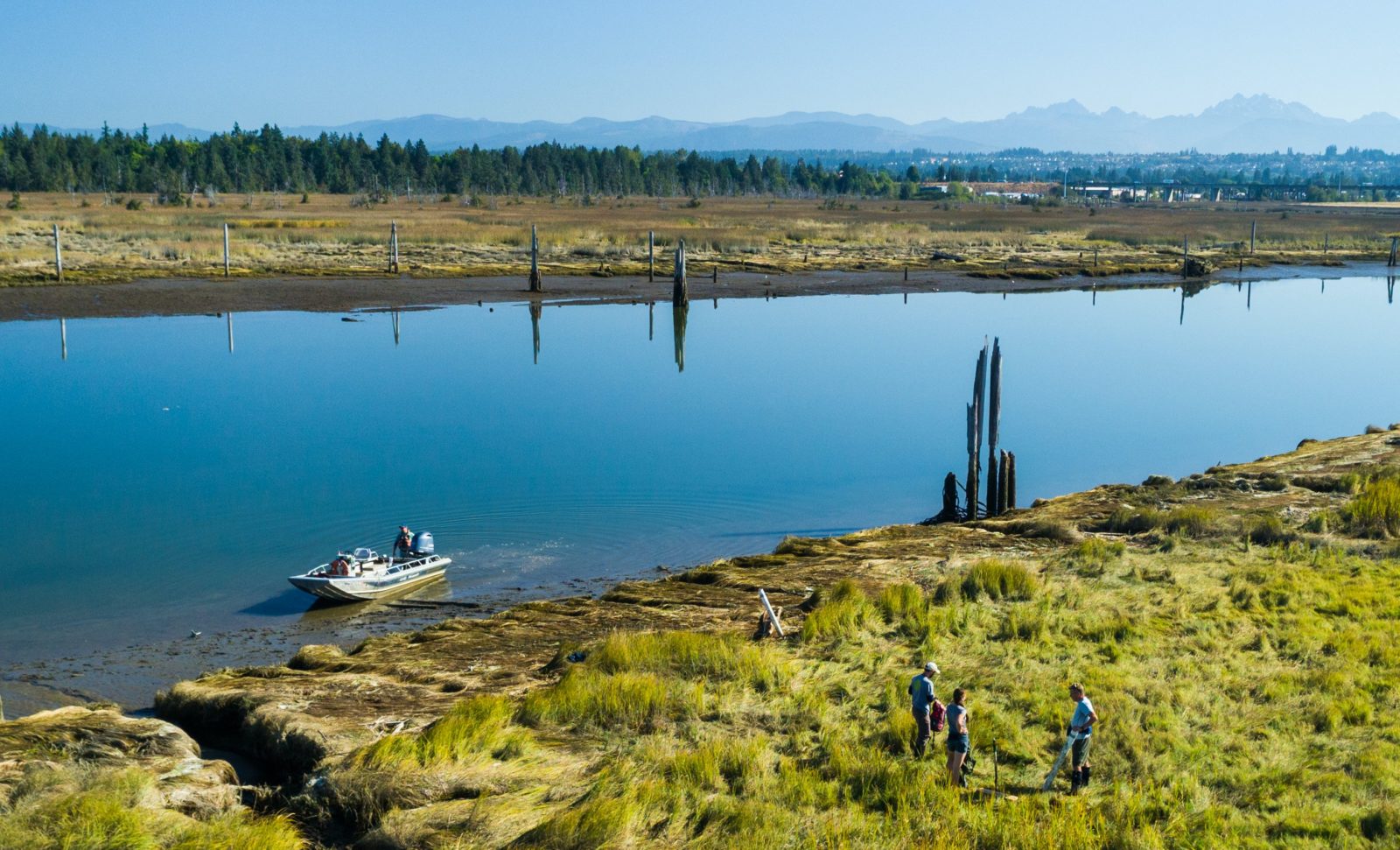 Hear from the Director: Our Interview with Ben Drummond, Co-Director of Blue Carbon

Set in the Snohomish estuary, this film, co-directed by Benjamin Drummond and Sara Joy Steele, helps to build awareness of “blue carbon” as a climate mitigation tool and to encourage more investment in wetland restoration at local, state and federal levels.

How long have you been making films? And what inspired you to get into environmental storytelling?

We’ve been telling stories about people, nature and climate change since 2006. We started down this path with a personal project called Facing Climate Change that profiled frontline communities in Iceland, Greenland and Norway to make the findings in an IPCC impact report more accessible. Since then we’ve collaborated with nonprofits, academic institutions, publications and others to create change through filmmaking, photography and interactive design. We particularly love to make science personal and to build teams to amplify the impact of purpose-driven work.

Where did the inspiration to make Blue Carbon come from?

We were approached by the folks at EarthCorps and Restore America’s Estuaries to help introduce the concept of blue carbon and to highlight the research and restoration work taking place in the Snohomish estuary.

Can you talk about the technical challenges and risks of creating this story?

When we first heard about the blue carbon concept we thought it sounded wonky and perhaps not the most engaging subject for a film. But as we learned more about how effective these habitats are at storing carbon, and the scale of restoration work going on in the Snohomish our interest grew. Then we met John Rybczyk from Western Washington University. John describes his fieldwork as a “reverse werewolf kind of thing,” because he can only go out during the full and new moon for the lowest daytime tides. His enthusiasm for mud is infectious and we quickly realized we had characters who could bring this science to life.

Since releasing Blue Carbon, what has the reception been like? Any unexpected outcomes?

The interest in the film has far exceeded our expectations. Blue Carbon continues to tour festivals almost two years after its release and we’ve heard the film has influenced some proposed federal legislation.

Climate solutions stories are difficult to do well. It’s rare to find compelling personal films that offer solutions at the scale of the challenge. We are thrilled to see CAFF highlight and celebrate these important success stories.

How can people get involved or take action after seeing Blue Carbon?

Restore America’s Estuaries has a great site with more information on both the science and current policy initiatives at: https://estuaries.org/bluecarbon