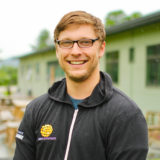 Solar Site Evaluator
Our Solar Designers each have college degrees and special training in the design of solar systems. They’ll use an aerial image of your place in addition to the information you provide to design the just the right solar system for you.

Filip was born in small New Jersey town where, contrary to popular belief, he spent his childhood hiking the rolling hills and swimming the small lakes that comprise the state’s northern region. He migrated to Vermont after being accepted to Saint Michael’s College, where he received his Bachelor’s in Economics. After working to endorse the nation’s first carbon tax, Filip became inspired to be part of the movement to transform Vermont’s energy infrastructure. When not at SunCommon, you can find Filip finding his way out of Smuggler’s Notch’s glades, playing a poorly tuned guitar, or playing rugby.